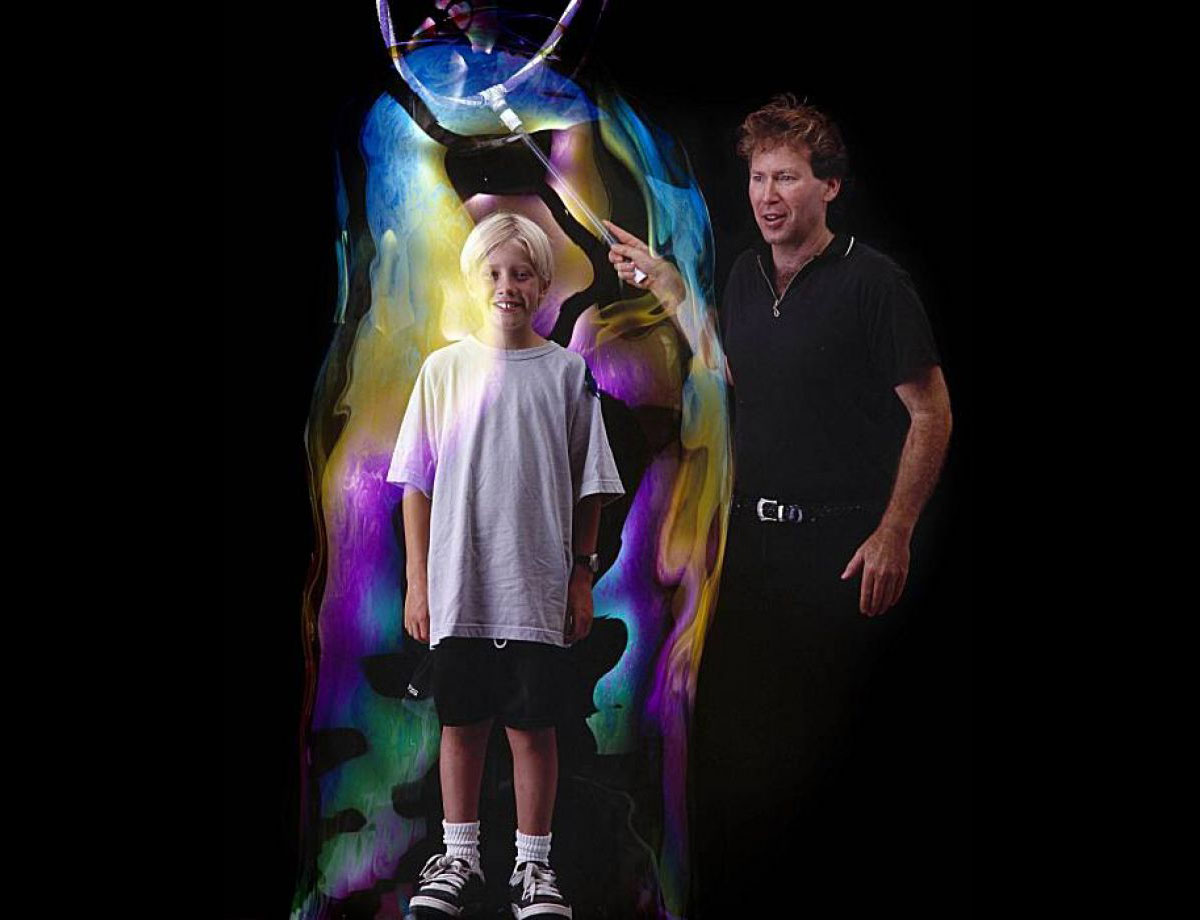 You are a bubble.

According to Louis Pearl, a.k.a. the Amazing Bubble Man, “Anything with air trapped inside is a bubble. So we are all bubbles, for the most part.”

Pearl, a Sebastopol resident, has done shows with soap bubbles nationally and internationally, including at the Edinburgh Fringe Festival, for 26 years. He never ceases to be fascinated by bubbles, primarily because “bubbles are the closest thing there is to nothing at all.”

If that sounds philosophical, it’s all part of the bubble experience. Bubbles have taught him a lot about staying in the present moment. (“They’re here and then they’re gone,” he says, “and you just have to be with it.”) Rather than planning shows, Pearl makes them spontaneous.

Pearl creates a “bubular” spectacle. He produces square bubbles filled with fog, centipede-like bubble chains (with up to 17 bubbles) and bubbles representing the universe, complete with orbiting planets.

He’s particularly knowledgeable about how a bubble bursts. A bubble wall is mostly water and soap. As the water evaporates, the wall gets thinner. Eventually, a small piece of dust punctures the bubble. Pearl preserves bubbles by protecting them from air currents, and he once made a bubble last a month.

To prevent bubbles from bursting when he pokes them with a finger (or a straw or sword), he first dips his finger in soapy water. Then his finger won’t actually touch the bubble. Rather, the soap on his hand touches the soap of the bubble, which remains intact.

He includes minimal science in his shows; mostly he focuses on fun, as when he encases kids in huge bubbles. Inevitably, the big bubble shrinks, hitting kids on the head with a pop that makes the audience squeal with delight.